Solving Cashflow Issues and Getting Financials in Order | SellerPlex

Jake started selling on Amazon like a lot of people—as a side hustle. He was a programmer in Minnesota looking to make some extra money. Amazon was the way to do just that.

He sourced a few products, tweaked some listings, and put up a storefront. Sales started coming in slowly. Money was being made. Jake was happy.

But a funny thing happened next.

He was selling more than he predicted and he had not team or structure in place to handle the growth. So he put more time in himself and expanded his efforts.

When results kept trending positive Jake decided to turn his side hustle into a real Amazon business.

And it only took him a little bit longer to decide to dedicate himself to Amazon full-time. And he did—doubling down on SKUs and operations and seeing sales follow.

So what happened next?

Well, Jake found himself thrust into the world of suppliers, marketing campaigns, and all the things that a real Amazon business does to grow. And things started becoming a little bit more difficult.

Jake was happy to see money coming in. But he was still facing cashflow issues. He wanted to reinvest in his business and sell more products, but the numbers didn’t seem to be working out how they should.

Why was it that he was always short on cash to expand when products were selling so well?

He knew he needed some help.

He wanted to find people who had run a growing business and understood the financials it would take to expand. More than that, Jake wanted to understand the reality of his own finances. 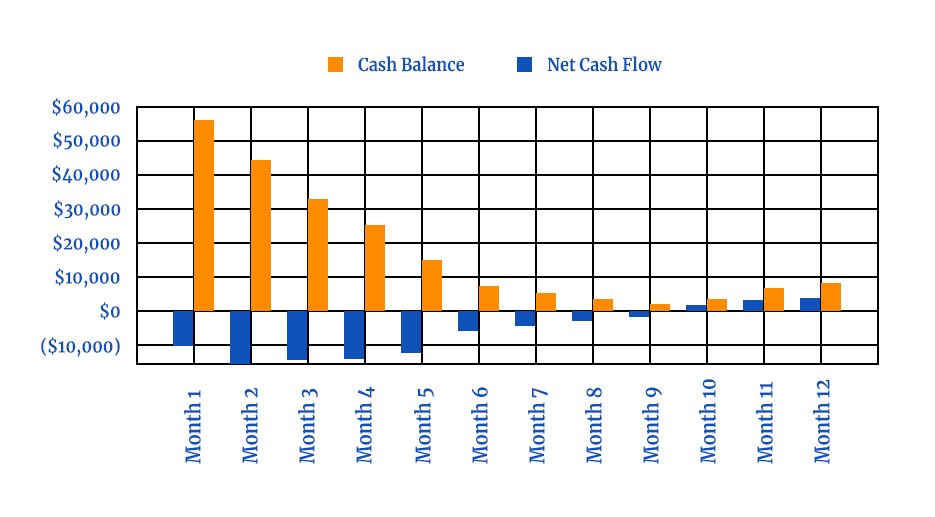 Things look good on the charts but when he checked his actual accounts, it was never as flush as he thought it should be. What was going on?

Jake turned to SellerPlex for help.

Jake’s first project with SellerPlex was understanding his true financials.

“I thought I knew my finances,” he said, “until I started working with SellerPlex.”

Jake used the SellerPlex CashFlow project template to plug in his numbers. The results were surprising.

Jake and the SellerPlex team built a financial document that accounted for proper cash flow projections of up to one year out. It used a series of cost calculations to see where money was going as it was coming in. 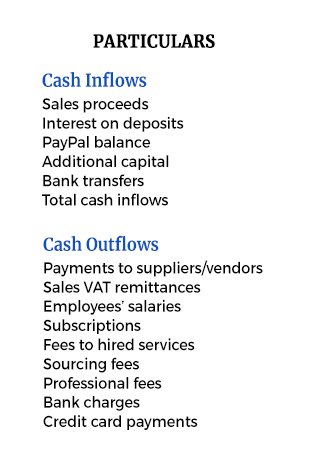 This was strategic for Jake because financials were becoming more important than ever.

Because his goals had changed. His store had gone from side hustle to another place: a sales asset. Jake wanted to sell his business. And he knew that without a proper balance sheet, he wouldn’t be able to do so.

SellerPlex Fixed Up Operations As Well as Financials

Jake’s work with SellerPlex went far beyond financials, though. He realized that selling his business also meant that it had its operations fine tuned as well. So he worked with his team on implementing SOPs to run his supply chain as well.

Jake came to SellerPlex with over 30 SKUs, spread across two brands that he was managing. He was looking for some business improvement. He spread that work across several verticals.

These are just a few ways that SellerPlex helped Jake “button up” his business to get it ready for a sale.

Through his work with Weena and Benjo, two of our most experienced account masters, he learned that he wasn’t calculating his costs correctly, nor making the right cashflows.

“It was the first time I had true insights into cashflow and financials,” he said. “Before this, I was just ballparking inventory figures. With this, I started getting much closer to actual asset values.”

This was a revelation for Jake. How could he even think about selling if he didn’t have these basics down? He knew this had been a big insight and continued to use the projection template and financial SOPs to understand the rest of his business—costs, shipping, and warehousing.

Today, Jake has a much better understanding of where his money has gone and how his business has grown. And with our Freight Forwarding Negotiating SOP, he was actually able to save money, boosting his margins even higher and making his business all the more attractive to sell.

But that wasn’t all. He had no structure to his operations—no repeatable set of infrastructure-based tasks that built the foundation of a healthy business.

Jake’s business was still in “side hustle” mode when it came to internal operations. That changed when he worked with SellerPlex.

“SellerPlex gave me the framework for how my business should really be run,” he said. “Now I have these checklists to use for everything—from inspection to shipping to negotiating with freight forwarders.”

Within weeks of joining, Benjo started handling Jake’s supply chain operations and streamlining the daily, weekly, and monthly work needed to sustain it. Benjo keeps his eye on all shipments so Jake can focus on the next steps ahead, and he can feel the confidence that his supply is being handled and improved.

Weena and Benjo also changed Jake’s folder and file system, implementing its first organization and naming system. They made a Master Product List with every piece of product and shipping information needed.

It was the first real progress Jake had made in organizing his internal operations and removing some of the work he did as a business owner on running his store.

But that wasn’t all. Jake said that Sellerplex gave him his first true financial outlook and set of operations to follow. But he didn’t stop at that. What he stressed next was that Sellerplex had been able to do this for him at a lower cost.

Jake, like many other sellers, had been using Flexport for shipment tracking and management. But the costs were higher than he imagined they’d be and the service left him feeling far away from his business operations.

With SellerPlex, Jake got one-on-one communication with our team and we took over his shipping operation. He saw firsthand how we organized orders, worked with forwards, and, in a way that complimented his cost understanding, re-negotiating more favorable rates from his suppliers. We saved him money from moving away from Flexport and then saved him more with his supply channels.

“Buttoned Up” And Ready To Sell

We asked Jake how working with SellerPlex made him feel as a business owner and he replied that the communication he got instilled him with confidence. He knew his work was being handled and his business was better off for it.

“I came to SellerPlex to help “button up” my business, so I could start the process of selling it.”

Jake’s business is back on track—and he’s deciding now whether he wants to keep growing it or flip it on an online brokerage. Either way, it’s turned from a side hustle, to a full-time challenge, back to a money making enterprise that no longer needs a whole bunch of work.

Jake can rest easy knowing his business has streamlined itself, his supply chain is in order, and his financials are true reflections of his business. If he wants to sell it, it’ll be an easy transfer to the next owner.

Sellerplex Can Help Your Business Be More Like Jake’s

What about you? If you're currently splitting out yourself between running the operations and growing your business there's a high chance that you're losing a lot of money like Jake was.

Let's talk and figure out a custom solution tailored for your own business. Answer the form below.

Amazon Vendor Central vs Seller Central; Which One is Better; How to Make the Switch?